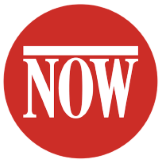 The best theatre of 2014 came from the big companies and the indies, ranging from impeccably produced classic texts to.

The best theatre of 2014 came from the big companies and the indies, ranging from impeccably produced classic texts to contemporary pieces with emotional and intellectual bite. It’s never easy to choose the top 10 shows – there are always others we’d like to include – but it’s good to note that two of these productions, Of Human Bondage and Lungs, will return in 2015.

From the startling opening sequence (involving a double bass!) onwards, this adaptation of W. Somerset Maugham‘s epic novel, penned by Vern Thiessen, was anything but a traditional take on a classic. Director Albert Schultz and a brilliant design team made the story about a man caught between art and science (a sensitive Gregory Prest) gripping and emotionally involving. The best news? You can see this production, with a Soulpepper cast full of too many talents to mention, in 2015.

How often do you get to debate art, education and the environment in the middle of a play – and with the show’s characters? That was just one of the innovations in this thrilling production of Henrik Ibsen‘s rarely performed play, directed with clarity by Richard Rose (working with Florian Borchmeyer‘s adaptation for Berlin’s Schaubuhne Theatre) and performed by a solid cast that included Matthew Edison, Richard McMillan and, as battling brothers, Joe Cobden and Rick Roberts.

Alecky Blythe and Adam Cork‘s extraordinary documentary musical about the murders of five prostitutes in Ipswich, England, was drawn from interviews with local townspeople. Colloquial, vivid and filled with non sequiturs, the text and the difficult music set to it received a spectacular production by the talented cast and director Jackie Maxwell, with music director Reza Jacobs a major part of the show’s success. No surprise that it picked up six Dora Awards.

In a year when racial injustice sent people into the streets across North America, how fitting to stage Katori Hall‘s two-hander set in a hotel room the night before Martin Luther King Jr.’s assassination. Hall’s script gives lots of layers to both the great man and a flirtatious, chatty chambermaid who has a few secrets, and director Philip Akin, actors Kevin Hanchard and Alana Hibbert and a sensitive design team skilfully brought their fascinating discussions, and this historic era, to urgent life.

Canadian Opera Company, April 25 to May 21

The Canadian Opera Company often offers splendid stagings of rarely produced works, a fact borne out by director Stephen Lawless‘s take on this Donizetti opera about Elizabeth I’s love for the title character, who’s involved with another woman who is married to the queen’s adviser. The singers – including Russell Braun and Allyson McHardy as the unhappily wed couple – were excellent, but Sondra Radvanovsky stole the show as the complex ruler, alternately regal, desperate, angry, passionate and disconsolate. A world-class production.

The characters in Stephen Adly Guirgis‘s gritty plays might not always be civil or attractive to those with genteel sensibilities (*cough* Toronto Star critic *cough*), but their wants, lies and pains, depicted in a crude sort of poetry, are worthy of attention. The trick is presenting them with dignity and honesty, something director Layne Coleman and a terrific cast (including Sergio Di Zio, Melissa D’Agostino and a focused Juan Chioran) did brilliantly. Did the slightly dingy downstairs Coal Mine space help set the mood? Motherfuckin’ right it did.

Adam Seybold‘s clever script suspends Pierre Teilhard de Chardin, a Jesuit priest and paleontologist who believed in evolution, at the moment before his death, when a guide takes him back through key points in his life. What could have been an intellectual exercise was, in the hands of director Alan Dilworth, designer Lorenzo Savoini and actors Cyrus Lane and Maev Beaty, an exciting theatrical experience filled with humour, love, well-argued debates and generous humanity.

A couple’s discussion of whether or not to have a child is at the centre of Duncan Macmillan‘s taut, funny, totally absorbing play, given a riveting production by director Weyni Mengesha and actors Brendan Gall and Lesley Faulkner. As the baby issue spills over into other areas of the characters’ lives, the playwright’s words have the quality of everyday speech, making us feel as if these two are people we know and like and possibly are a part of ourselves, too.

Brian Friel‘s gentle two-hander has a great premise: what if a pair of characters from separate Chekhov plays – Andrey from Three Sisters and Sonya from Uncle Vanya – met each other later in life? The result captures the Russian master’s bittersweet tone of hope and regret. Director Kyra Harper, actors Steve Cumyn and Tracey Ferencz and designer Glenn Davidson made us feel like we were eavesdropping on real conversations as we sipped tea and ate cookies, laughing and crying at the emotional honesty on display upstairs in the Campbell House Museum.

New locations burgeoned around the city while other venues thrived, both in the west end (the Storefront Theatre, Videofag, Spadina House) and in the east (the Coal Mine, Sidemart Theatrical Grocery, Red Sandcastle). Best was the theatrical use companies made of Campbell House Museum for both classics and contemporary productions.

After decades as a peripatetic company moving from one venue to another, the Centre, helmed by the energetic Franco Boni, finally settled in a permanent home on Queen West, giving the neighbourhood an exciting new laboratory for artistic development.

Crow’s Theatre‘s East End Performance Crawl, curated by Mitchell Cushman, introduced theatregoers to some great shows mounted in cool non-traditional venues east of the DVP – including the hardest-ticket-to-get interactive show Tease, performed at Jilly’s. Hope it happens next year, too.

What Makes A Man

This look at French songwriter/performer Charles Aznavour was great on songs, weak on almost everything else. It would have worked better as a simple cabaret.

If I Loved You

Rufus Wainwright‘s well-intentioned concert of famous dudes doing Broadway show tunes meant for women – a Luminato event – was under-rehearsed. Guess you can do that when your husband runs the festival.

Factory Theatre vs. the critics

After its board of directors debacle, the Factory made another gaffe by dis-inviting the city’s theatre critics to opening nights, hoping to generate social media buzz. #stupid

One of the characters in this clunky adaptation of Yann Martel‘s semi-autobiographical novel was a taxidermist: good metaphor for this eerily lifeless show. 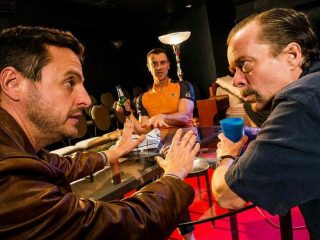 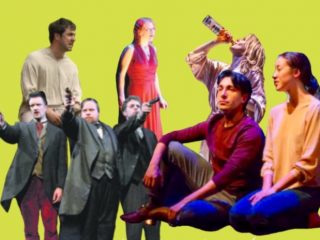