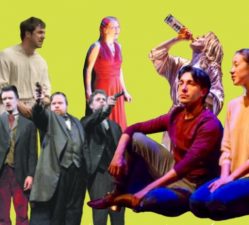 The 10 best Toronto theatre shows of the 2010s decade

Compiling lists like these is frustrating. I could have come up with another 10 or 15 shows that were equally memorable, equally deserving. I also miss being able to discuss the merits of each title with my NOW colleague Jon Kaplan, who died in 2017 and who was a champion of many of these productions.

Jon always said it was a show’s emotional power – and not its intellectual merits – that stayed with him most. That was my main criterion when selecting. I’ve carried around most of these shows for years.

One note: although many of these shows received remounts or extensions, only the dates of the first mainstage productions are listed here.

How fitting that the decade’s most memorable show was Ravi Jain’s luminous reimagining of a Canadian classic. Through minimal but atmospheric staging, the addition of musician/accompanist Ania Soul to read stage directions and the casting of two superb non-white actors (Kawa Ada and Mayko Nguyen), Jain turned David French’s gentle drama about the early romance between Jacob Mercer and Mary Snow into something transcendent, timeless and heart-achingly beautiful.

2. Assassins (BirdLand/Talk is Free Theatre, at the Theatre Centre, February 2010)

Among musical theatre lovers, director Adam Brazier’s production of Stephen Sondheim’s dark and prophetic musical about successful and failed presidential assassins has slipped into legend. From Beth Kates’s broken-down carnival of a set to iconic performances by Graham Abbey, Paul McQuillan and Steve Ross, among others, this savage show pierced the bruised heart of the American dream.

3. Terminus (Outside the March/Mirvish, at the Royal Alexandra, November-December 2012)

In the hands of visionary director Mitchell Cushman, Mark O’Rowe’s poetic play about the intertwined lives of three Dubliners became something mythic and expansive. Identified only by the letters A, B and C, Maev Beaty, Ava Jane Markus and Adam Kenneth Wilson brought their characters to visceral life. Best of all was the staging. The audience sat on the stage, while the actors performed on the lip of the stage, with Nick Blais’s lighting sending ghostly shadows up into the Royal Alex.

4. An Enemy Of The People (Tarragon, September-October 2014)

In retrospect, Florian Borchmeyer’s adaptation of the rarely-performed Henrik Ibsen drama feels even more urgent and necessary today than it did when it premiered (in Maria Milisavljevic’s translation) at the Tarragon in the middle of the decade. The themes – among them big business vs. the environment, individual rights vs. society as a whole – are being played out every week in the news. And the show’s centrepiece – a town hall forum in which the audience can voice its concerns about current issues – still feels remarkable. Richard Rose’s direction and casting was so sensitive that when Laura Condlln replaced Joe Cobden in a remount a year later, it added yet more layers.

It took the combined efforts of four of the city’s most exciting indie companies to collectively mount Sarah Ruhl’s epic three-act play that spanned hundreds of centuries to examine the passions that bind us together – and drive us apart. Over four hours and two venues (including Withrow Park), audiences witnessed three retellings of Christ’s death and resurrection, meeting everyone from humble village idiots to historic characters like Queen Elizabeth and Hitler, all played by some of the finest actors in the city (among them Maev Beaty, Cyrus Lane, Mayko Nguyen, Julie Tepperman, Amy Keating). This wasn’t the tidiest play, but ambitious works like this seldom are.

6. A Streetcar Named Desire (Soulpepper, at the Young Centre, September-October 2019)

Eight months after taking the artistic reins at a Soulpepper that was still recovering from the Albert Schultz abuse scandal, Weyni Mengesha directed a production of Tennessee Williams’s classic that made us see – and hear – it in a whole new way. Seldom has New Orleans seemed as hyped up with jazz, clanging streets and sultry sex than in this production. And Amy Rutherford, supported by a great ensemble, presented a poetic and poignantly pathetic Blanche DuBois.

“I could play this character for years and never complain,” said Paul Sun-Hyung Lee to me in an interview before the Weyni Mengesha-directed Soulepper remount of the Fringe 2011 hit. Well, it’s come true. Not only did Ins Choi’s comedy-drama about a proud Korean-Canadian variety store owner and his family get extended and remounted several times, but it spawned a successful sitcom that’s now entering its fourth season. The funny and poignant play, starring Lee, Jean Yoon, and a cast that included, in various incarnations, Clé Bennett, Esther Jun and André Sills, has become a Canadian classic.

8. The Motherfucker With The Hat (Bob Kills Theatre, at the Coal Mine Theatre, November 2014)

Stephen Adly Guirgis’s rough-edged characters and their high-stakes situations need to be handled carefully – one false note could result in condescension. Director Layne Coleman and a stellar cast (Sergio Di Zio, Ted Dykstra, Melissa D’Agostino, Juan Chioran, Nicole Stamp) found the right balance to make us fully invested in this story of a domestic situation about to explode. Whenever I pass a certain section of the Danforth, a part of me still thinks of those characters’ passionate pleas and gambits.

Originally conceived as a trilogy, Kate Hennig’s reimaginings of Tudor monarchs – Katherine Parr (The Last Wife), Young Bess before she becomes Elizabeth I (The Virgin Trial) and Mary I (Mother’s Daughter) – are going to be joined by other plays. Lucky us. Combining rich historical research with bold modern language, Hennig is gradually filling in the gaps of cultural and theatre history with portraits of complex, powerful women. Director Alan Dilworth has put his stamp on each play; may their royal collaboration continue into the new decade.

Officiated by director Soheil Parsa, this marriage between two strong indie companies and Federico García Lorca’s symbolist play was unforgettable. The bold, evocative design matched the sensual colours and emotions in the script, with the actors – among them Beatriz Pizano, Bahareh Yaraghi, Derek Kwan, Carlos Gonzalez-Vio and Jani Lauzon – creating something urgent, primal and inevitable. 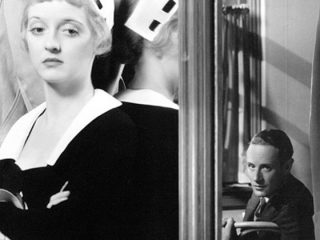 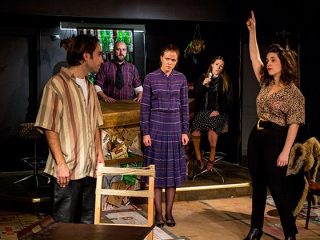